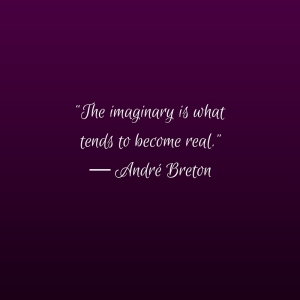 It’s amazing how a podcast can change a life. It’s amazing to think that any creative work can do such a thing. It hearkens back to a Romantic ideal that art: all art, should in fact move you in some way.

I started listening to Welcome to Night Vale; a podcast about a sleepy town in the desert that for some reason experiences bout of glowing clouds that take over the mind, body and soul and an unknowable dog park of pure indescribable terror that I shouldn’t even be speaking of. Welcome to Night Vale was a fandom I did my best to avoid. I missed most of the podcast boom with series like this, Serial  and the like. I didn’t understand why anyone would listen to a podcast about a town that clearly just made no sense.

I recently decided to cosplay the series’ main character Cecil Palmer: a very suave radio host and your proxy to understanding the odd little town of Night Vale. Cecil is charming, funny and almost sometimes naive. He also has no canonical description: thus making an attempted cosplay of him incredibly difficult, but I’ll manage.

There was a great PBS Idea Channel episode about how Welcome to Night Vale makes us as listeners confront our fears of the unknown and it’s very true. It’s painful to cosplay or even think of a character that I have never seen before. He has no canonical depiction, no one in the series does. We get the occasional lush descriptions of other characters like Cecil’s boyfriend Carlos and almost everyone else around him but Cecil he’s not tall or short. Not fat or lean, a smile if you could even call it that. I cannot express how much that irks me as a writer and cosplayer.

I’m not here to complain about my fear of the unknown but I am here to talk about surrealism.

To me the world of Night Vale never made sense. It was described to me in every way from a horror podcast or as just a weird thing weird people listened to. I didn’t understand it as a horror podcast. Night Vale wasn’t scary to me. I couldn’t suspend my disbelief on a town where a mayoral candidate was a literal 5-headed dragon and all the wheat and wheat-by products had turned to snakes.

But then I took a second listen to it: a close friend of mine was into the podcast and at her urging I gave it another shot. I still wasn’t hooked by episode 1 but by episodes 2 and moving forward I was sold but there was one key thing about Night Vale that still jarred me: the radio host, Cecil, was very plain about all of the goings on and to boot what DID excite him seemed to be either dreadfully mundane to me or were so outlandish that they would elicit a rise out of anyone.

Night Vale isn’t scary, but it is surreal. What’s surreal about it is that as much as we get a kick out of a world that has no more wheat due to snakes and a waterfront amusement fun complex in the desert we currently live in a world where we can talk to people across the world with relative ease and where space travel is an accepted norm as well as proposals of walls being built between countries and spy programs that tap our phones, emails and text messages. Which world is truly more bizarre? Well, yeah the one with snakes and no wheat, still; but give it thought.

I love surrealism as a movement: it’s more than just art. I melted when I got to see a Dali exhibit in Vienna (pun not intended). Surrealism seeks to turn the world on its head. It was a movement in more than just painting: there’s surrealist film, photography, radio. A surrealist podcast may sound a little strange but consider the author: Joseph Fink’s a bit of a mad-man. He reminds me in so many ways of Pen Ward of Adventure Time fame and Rebecca Sugar of Steven Universe and to create a universe that is so odd and so almost Lovecraftian means there’s a bit of the artist’s hand in the details. So while Night Vale might seem odd, strange and very confusing (it is) but in comparison to the day to day lives of so many people I challenge you to think which one is really stranger?

This time I’ll end with a quote from my so much adored Salvador Dali: “Surrealism is destructive, but it destroys only what it considers to be shackles limiting our vision.”

One thought on “My Little Slice of Night Vale”